Below you will find the installation steps on how to install Aleph.

This section describes how to set up Aleph for software development. Developer mode disables many security measures and it not meant to be used for internet-facing uses, Production deployment is needed instead.

What is developer mode?

Developer mode is a docker configuration for Aleph which makes it easy to do software development and debug the tool without having to install its dependencies on your host machine. These are the features of developer mode:

As a first step, check out the source code of Aleph from GitHub:

Once the code is downloaded, find the file called aleph.env.tmpl in the base directory. This is a template of the configuration file. Make a copy of this file named aleph.env and define settings for your local instance. Check the configuration section for more information regarding the available options.

Also, please execute the following command to allow ElasticSearch to map its memory:

With the settings in place, you can use make all to set everything up and launch the web service. This is equivalent to the following steps:

Open http://localhost:8080/ in your browser to visit the web frontend.

If any of the above steps fail, refer to the troubleshooting section for some common stumbling blocks and their fixes.

Working in a shell

During development, you will need to run command-line operations for certain tasks. In order to do so, you will first need to enter the docker container of Aleph. To do so, run:

This will enter a docker container where the aleph shell command is available (see Usage for details). You can also access the host computers file system at /host. This means a file stored at /tmp/bla.txt on your computer can be found at /host/tmp/bla.txt inside the container.

When you run Aleph in development mode, the default configuration will not run the worker component used to index documents and do other background work. You can start it either via make worker or inside an Aleph shell using aleph worker.

For development purposes, you can quickly create a new user with the aleph createuser command, inside a shell:

If you pass an email address in the ALEPH_ADMINS environment variable (in your configuration) it will automatically be made into an admin.

After running createuser, the newly created user's API key is printed, which you can use in the Authorization HTTP header of requests to the API. If you pass a password, you can use this email address and password to log into the web interface.

If you want to quickly get some sample data in your Aleph instance you can use crawldir to index a small test data folder.

To also get a sample of (non-document) entity data, consider loading sanctions lists.

To run the tests, assuming you already have the docker-compose up and ready, run:

This will create a new database and run all the tests.

Building from a clean state

You can also build the Aleph images locally. This could be useful while working on the Dockerfile changes and new dependency upgrades.

To build the image you can run make build, which will build the alephdata/aleph image (this will generate a production ready image).

This section details how to set up Aleph in production mode. If you plan to change the source code or quickly test the software, you may wish to use the Developer setup instead.

Aleph is distributed as a set of Docker containers, which can be run on any server that meets the following criteria:

To begin a production deployment:

This will run Aleph in detached mode. You can shut down the system at any time by issuing the following command:

Before Aleph can process any requests or data, you need to make sure it sets up the database and search index correctly by executing an upgrade:

While the system is running, it will bind to to port 8080 of its host machine and accept incoming connections. You can check that the system is functional with a curl request:

If your servers firewall configuration allows it, you can now also open http://localhost:8080 in your browser and use the web interface to navigate the application.

Be careful with the ports exposed from your Docker system on public ports. Docker is known to override some firewall rules so make sure you double-check that you're only exposing the intended ports on your productions system.

See the relevant section in the Technical FAQ.

The main configuration file of Aleph is aleph.env, which is loaded by docker-compose and can modify many aspects of system behaviour. A template for the configuration with details regarding many of the options is available in the aleph.env.tmpl file.

Using OAuth for login is optional. Skip this section (and leave the config commented out) if you don't want to use it.

Aleph supports a couple of OAuth providers out of the box: Google, Facebook and Microsoft Azure.

To get the OAuth credentials please visit the Google Developers Console. There you will need to create an API key. In the Authorised redirect URIs section, use this URL:

Create a new app over at https://apps.dev.microsoft.com, make a note of the KEY and secret you generate there. Callback URL should be as follows: https:///api/2/sessions/callback . Then add the following to aleph.env, remember to update KEY and SECRET with your values.

Troubleshooting help can be found in the Technical FAQ. 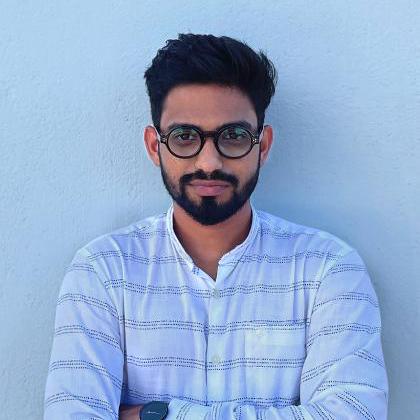